The Suffering of Others: The human cost of the International Finance Corporation’s lending through financial intermediaries

The International Finance Corporation has little accountability for billions of dollars’ worth of investments into banks, hedge funds and other financial intermediaries, resulting in projects that are causing human rights abuses around the world.

The claim is part of a new report by Oxfam International and other NGOs, released a week before the World Bank Spring meetings. “The Suffering of Others” says that the IFC (the World Bank’s private sector lending arm) is failing to perform due diligence and to identify or effectively manage risk in many of its investments in third-party lenders. 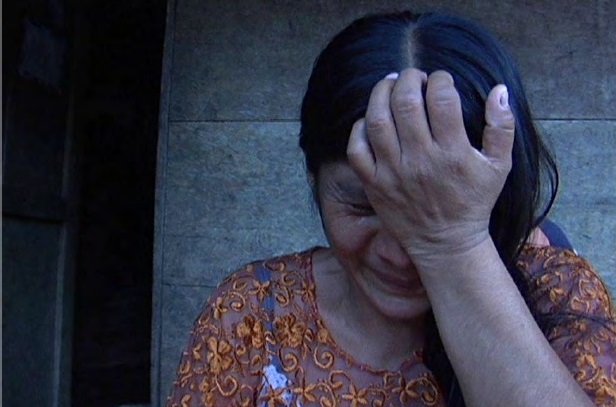 An indigenous woman in Monte Olivo, Guatemala, whose community has suffered repression linked to an IFC-backed project. Photo: Consejo de Pueblos de Tezulutlán (source: report "The suffering of others" )

“The painful truth is that the IFC does not know where much of its money under this new model is ending up or even whether it’s helping or harming,” said Nicolas Mombrial, head of Oxfam International’s Washington DC office.

“We describe some shocking abuses in projects originally born of IFC investments to third parties across Asia, Africa and Latin America, including deaths, repression, land-grabs and violence. Because public information from the IFC is so meagre – whether by design or ignorance – we fear such projects are just the tip of the iceberg,” Mombrial said.

The IFC has bet heavily on this new “hands off” strategy of development lending, investing $36 billion via financial intermediaries in just four years till 2013. This is 50% more than the entire World Bank Group spent directly on health and three times more than it spent on education in the same period. This model now makes up 62% of the IFC’s investment portfolio and some of the world’s most influential lenders are beginning to copy it.

Developing countries need decent financial services and the private sector has a role in plugging the existing financial gap. “The IFC can help attract private finance to poor countries but currently the way it is applying its environmental and social safeguards on these new investments into financial intermediaries is haphazard at best, lip service at worst,” he said.

Even more worrying, because the IFC is increasing its exposure in fragile states by 50 per cent, is the potential for calamitous results if done under this risky new model in its current form.

“IFC’s lending to third parties is now so huge, its portfolio so shrouded in darkness and riddled with abuse, that it needs to completely overhaul this lending model,” said Natalie Bugalski, legal director of Inclusive Development International, a co-author of the report.

Another worrying discovery is that of the 49 investments the IFC made to financial intermediaries since 2012 that it did classify as “high risk”, is has only publicly disclosed sub-projects in three of these deals. “That means there is no public information about where 94% of the IFC’s ‘high risk’ intermediary investments have actually ended up. Until the World Bank Group proves that these deals have a legitimate development impact and are doing no harm, the IFC must stop investing in high-risk third parties,” said Bugalski.

For the first time, the report gathers together previously published studies of projects that have caused conflict and suffering for local people, including rubber, sugarcane and palm oil plantations in Cambodia, Laos and Honduras, a dam in Guatemala and a power plant in India. The report reveals other risky projects including more power plants and dams in West Papua, Laos and Guatemala, a mine in Vietnam, and sugar plantations in Guatemala.

“We want the World Bank to know that its money is being used to destroy our way of life. Nowadays we are surrounded by companies. They have taken our community lands and forests. Soon we fear there will be no more land left for us at all and we will lose our identity. Does the World Bank think this is development?” a representative of one of the affected communities, is quoted saying in the report.

The report says the IFC has begun to reform its financial intermediary lending in response to recent criticisms, including from its own watchdog, Board, civil society groups and affected communities. These steps include streamlining its risk assessment, forming a new committee to assess high-risk projects, and pledging to give environmental and social risks the same weight as financial or credit risks.

However the report says fundamental flaws remain and more needs to be done urgently.