Covid-19 and debt in the global south: Protecting the most vulnerable in times of crisis I

The human and economic toll of Covid-19 is a stark reminder of the fragility of our globalised society. Countries’ ability to contain the outbreak across borders is being defined by their capacity to provide effective protection to the most vulnerable. Until now, more than 98 per cent of the cases of Covid-19 have been reported in China and high-income countries. The majority of these countries have advanced health care systems with the resources required to meet the challenges posed by the pandemic. Unfortunately, the same cannot be said of the large majority of countries in the global south. According to the WHO, weak health care systems lack the capacity or performance requirements to provide effective access to medical interventions in the context of a pandemic.

There is a clear overlap between vulnerable public health care systems and debt in developing countries. Rising debt levels limit the capacity of these countries to provide services designed to guarantee basic human rights. While other factors have an influence over expenditure patterns, the fact is that if more resources are dedicated to debt service then fewer are available for health services. High debt burdens and systemic under-investment in health services provide the context to understand the vulnerabilities of countries in the global south to the Covid-19 pandemic.

An analysis of the relationship between debt and health services in Low Income Economies (LIEs)1 paints an alarming picture: 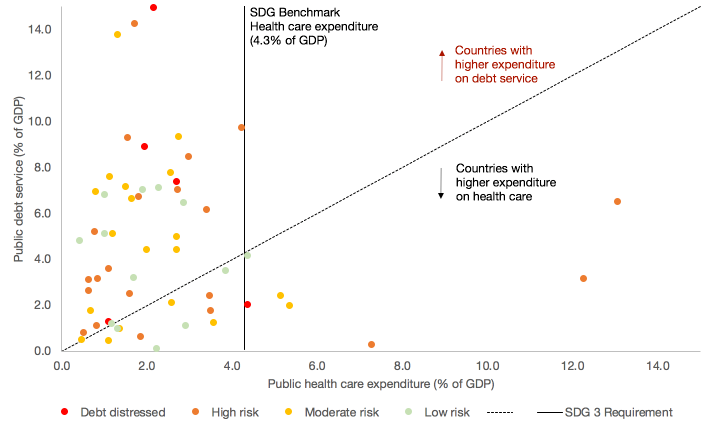 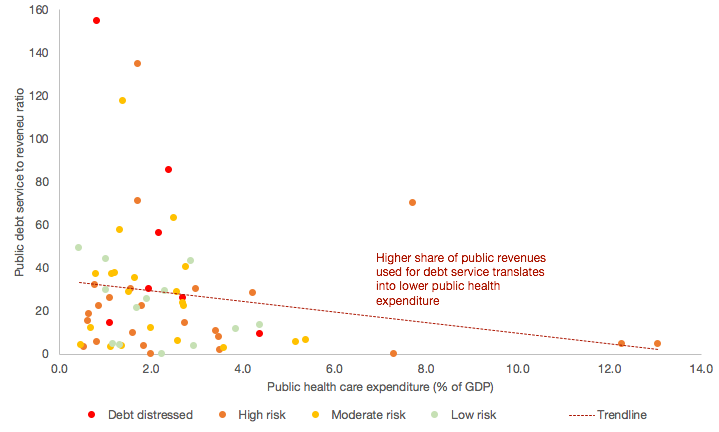 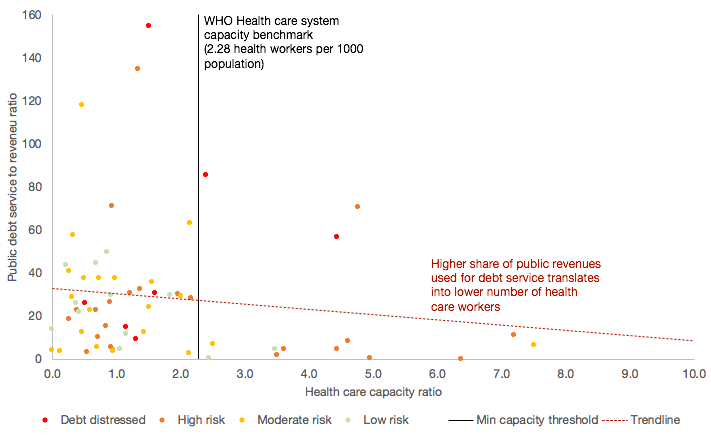 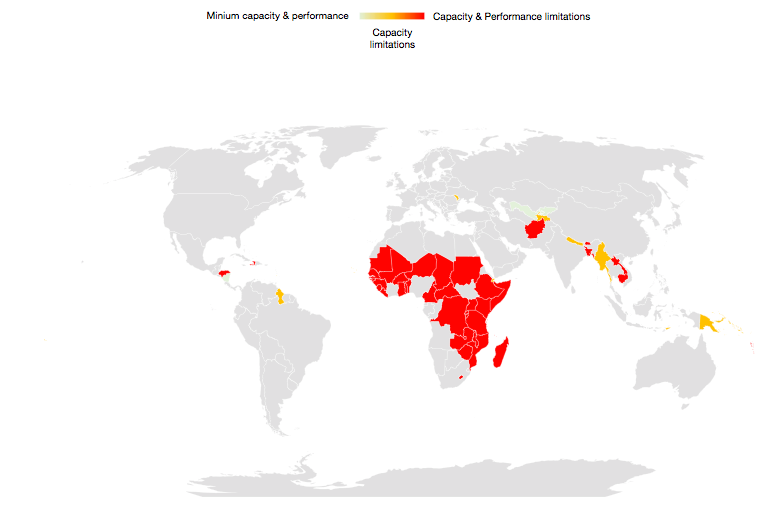 Vulnerabilities faced by countries in the global south in the context of Covid-19 are not limited to the weakness of their health care systems and extend to the economic impact of the pandemic.

1 LIEs include 59 countries eligible for IFI concessional financing, 13 high-income small states and four countries that have graduated from concessionality eligibility since 2010. For a complete list of countries included in the analysis, please refer to the methodological annex.

2 In addition to other criteria such as GDP per capita levels and performance requirements. For a detailed explanation of the criteria used, refer to the methodological annex.

3 For a detailed explanation of the criteria used, refer to the methodological annex.