Why 2019 is a Make-or-Break Year for International Aid

Don’t just take our word that aid is in danger: former OECD heavyweights agree
By Polly Meeks, Senior Policy and Advocacy Officer at Eurodad, Julie Seghers, Advocacy Advisor at Oxfam and Jiten Yumnam, Secretary General at the Centre for Research and Advocacy Manipur
First in a two-part series. This article has also been published by Oxfam International.
Nothing says ‘happy holidays’ like a scathing criticism of how the OECD is handling the ‘modernisation’ of overseas aid reporting, right? But an open letter published just before the festive break did offer two crucial holiday ingredients, at least for anyone with an interest in the quality of official development assistance (ODA): a rare chance to hear from long-standing acquaintances, and some fundamental reflections on vital issues for the year ahead.

The main topic of the letter was the DAC’s heated debate over new rules on how to count so-called Private Sector Instruments or PSI (subsidies to the private sector) within ODA.

In this blog post we underline some of the insights in the letter. In a second post, to be published on Monday (January 14), we will look at the wider context of the PSI debate. 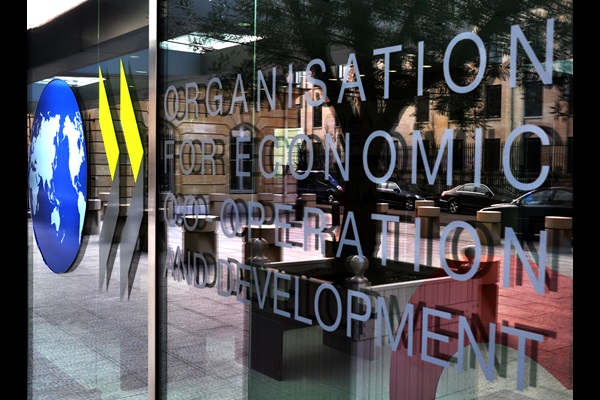 PSIs are subsidies that come from donor countries to private sector actors through loans, equity investments or guarantees. Their inclusion in ODA has far-reaching implications for the quantity and quality of aid that reaches some of the poorest people on the planet.

The open letter from Atwood, Manning and Riegler coincided with an OECD announcement of a set of provisional reporting arrangements for PSI following four long years of debate (more on these in tomorrow’s post).

And the letter’s verdict on the current state of play was an unequivocal critique:

The process of ‘modernising’ Official Development Assistance (ODA) “now appears to be dominated by politically-motivated discussions  guided by Finance Ministries” and is “placing the clarity, integrity and credibility of ODA statistics at risk”.

There is a ‘’danger that the excessively generous new rules [on reporting ODA investments in the private sector] will encourage a stampede of donors towards “cost-free” ODA through PSI operations”.

To anyone who has been following civil society advocacy on PSI, this may not sound like anything new. A broad coalition of advocates from the global south and global north has been making these arguments for years (e.g. here, here, here, here, here, here, here and here...).
But to hear the same arguments expressed so explicitly by such senior, technically renowned insiders is an unprecedented development – and one which signals just how gravely the current situation endangers the credibility and impact of ODA.

One of the most controversial areas of the PSI debate (and one that the provisional reporting arrangements leave unresolved) is the proposal that PSIs do not need to meet a basic criterion for ODA: concessionality.

Concessionality – the principle that ODA should be offered on terms that involve a cost to the donor, not at market rates – has been fundamental to the ODA concept since its origins in the late 1960s. This was the result of long and hard reflection – the culmination of public pressure, explicit requests from governments in the global south, and a realisation in the donor community that ‘more concessional aid was ultimately about aid effectiveness’, taking into account the economic conditions and debt risks in many recipient countries. In short, concessionality can make the difference between getting essential aid to poor communities, or saddling their countries with unsustainable debts that threaten to impoverish them further.

Our civil society coalition has always opposed any erosion of the concessionality principle, arguing it would go against ODA’s very nature and dilute the boundaries between ODA and commercial transactions. We’ve asked that activities that fail the concessionality test should never be ODA-eligible. Brian Atwood, Richard Manning and Hedwig Riegler agree:

PSI “fail one of the fundamental tests of ODA, which is that all its transactions must be “concessional in character”… Discarding concessionality as one of the pillars of the ODA definition contradicts its original purpose, which is precisely to distinguish between concessional and  non-concessional flows”


This leads them to the conclusion that:

“We are not against recording as ODA what passes the traditional test of ODA (including “concessional in character”), but the financial flows generated by private sector instruments themselves should be recorded in the OOF (other official flows) category.”

2019: a make-or-break year for the credibility of DAC statistics

As pointed out by Atwood, Manning and Riegler, dropping the concessionality criterion would:
“… undermine the basic architecture of … DAC statistics”
This in turn could have much wider ramifications for the credibility of DAC statistics as a whole:
“If the present excessive political influence on decision-making is not curbed, even the basic role of the … DAC in measurement may well be questioned”
Such a prediction makes grim reading as we put the holiday season behind us and get down to the business of 2019.

But, as our post tomorrow sets out, the current impasse offers opportunities as well as challenges, if DAC members are bold enough to seize them.