Tax Games - the Race to the Bottom

European governments are leading a race to the bottom which will see average global corporate tax rates hit zero by 2052, according to new findings released today [December 4]. An analysis of the EU and Norway shows 12 governments have either just cut their corporate tax rate, or are planning to do so in the near future.

Reducing corporate tax income means consumers have to pay more in order to fill the gap, and as today's report points out, this disproportionately hits the poorest and risks exacerbating inequality rather than reducing it.

Tax Games – the Race to the Bottom: Europe’s role in supporting an unjust global tax system 2017 also includes an in-depth analysis of 17 EU countries and Norway revealing that half the countries have an alarming number of harmful tax practices, which can be used by multinational corporations to avoid taxation.

The report, by a coalition of civil society organisations, comes just a day before the EU is due to publish its own official “blacklist” of tax havens. Ministers have decided that no EU member state should be included on the list, but Tax Games – the Race to the Bottom shows several such countries continue to play a central role in facilitating international tax dodging.

“Governments have promised to make multinationals pay tax, but instead they’re slashing the corporate tax rate in a very costly and destructive race to the bottom, said Tove Maria Ryding, tax coordinator at Eurodad, the European Network on Debt and Development. “Looking at the EU and Norway, we found 12 governments that have either just cut the corporate tax rate, or are planning to do so in the near future. Governments were supposed to stop corporate tax avoidance – not get rid of corporate tax.”

“Since the Panama Papers and recent Paradise Papers scandals, the EU has been very focused on blacklisting other countries as ‘tax havens’. However, this report shows that European governments have failed to clean up their own house. Half the European countries we looked at have tax structures that multinationals can use to avoid taxes – that’s deeply concerning.”

“The cost of corporate tax dodging is not just felt in Europe. Developing countries continue to pay a high price for a global tax system they didn’t create. Corporate tax income is a vital source of income for developing countries, who need money to fund schools and hospitals,” said Ryding.

Visit www.stoptaxdodging.eu to get an overview of countries' performance and download the report, recommendations and the summary. 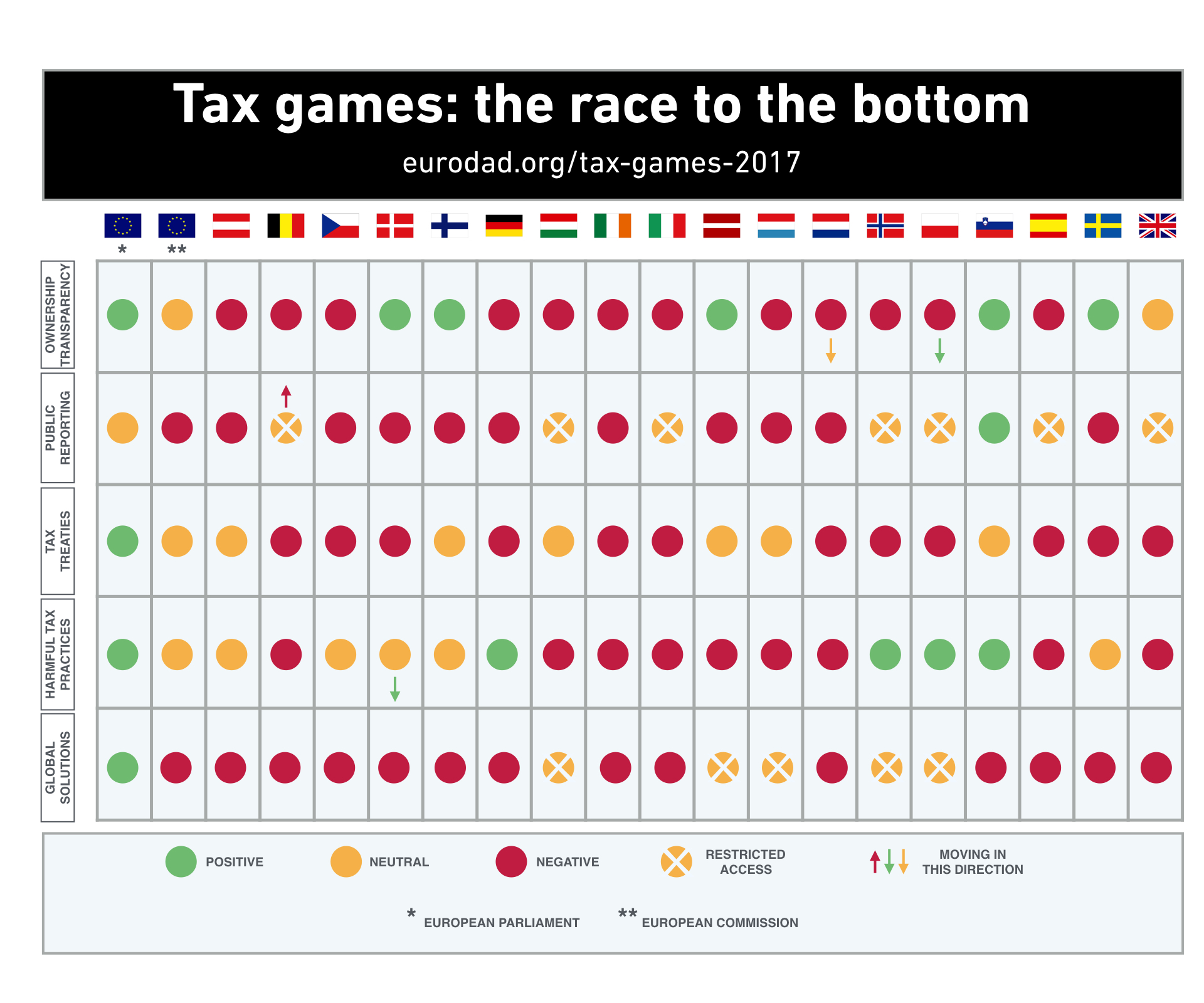 Download the executive summary and the full report here.