Why do governments in the global north need to provide climate finance to the global south?

When we think about climate and debt in the framework of environmental justice, inequality becomes the operative word. There is a disproportionate gap between countries that are responsible for most of the historic and present carbon and greenhouse emissions, colonialist dynamics and uneven exploitation of resources, and those that are suffering from the consequences of those actions. For instance, Small Islands Developing states (SIDS) contribute less than one per cent to the world’s greenhouse gas emissions, but they are amongst the countries that are the most affected by climate change and debt vulnerabilities. 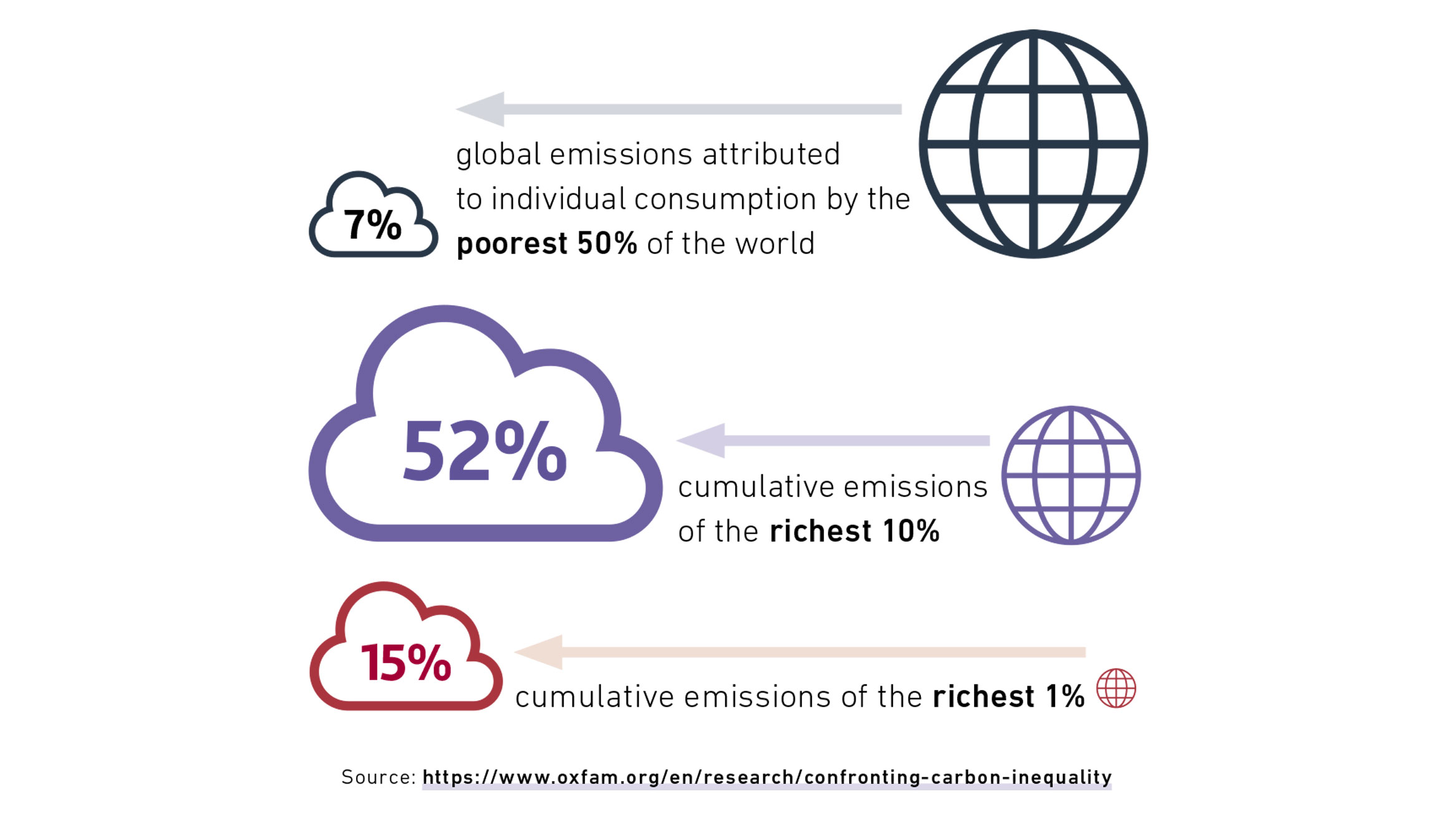 To acknowledge the different responsibility that the most industrialised countries have with respect to climate change, the Common But Differentiated Responsibilities (CBDR) principle was enshrined in 1992 by the United Nations Framework Convention on Climate Change (UNFCCC). The CBDR principle acknowledges all states have a shared obligation to address the climate emergency while acknowledging the higher responsibility of developed countries. Following this principle, developed countries should contribute more to the solution by providing, for instance, climate finance to support developing countries in their mitigation and adaptation efforts.

The global nature of climate change calls for the widest possible cooperation by all countries and their participation in an effective and appropriate international response, in accordance with their
common but differentiated responsibilities and respective capabilities and their social and economic conditions.

Beyond the institutional commitment included in the different climate agreements, from Rio to Kyoto and to Paris, climate finance is seen by social movements as a way of restituting the climate debt that the global north owes to the global south.

Climate debt: Social movements and some academics coined the expression “climate debt” to reflect the historical debt that most polluting economies have acquired due to their disproportionate contribution to carbon and other greenhouse emissions.

Reparations and restitutions: In this context, developed countries’ contributions to finance for climate is more than an institutional commitment,
it is a moral obligation, a reparation (including restitution, compensation and rehabilitation) for the climate and ecological debt the global north owes to the global south. For this reason, debt cancellation
and climate finance should be framed as issues of social and economic justice and not aid or charity.

Change the system not the planet: The concept of climate debt calls for systemic change. Such a change entails not only a recognition of climate debt, but also restitution and reparation for the debt owed by the global north to the global south, built in the colonial past and involving neo-colonial dynamics. However, it is not just about contributing financially through climate finance as a form of restitution, it’s about ecological restoration, ending extractivism, and shifting to new modes of production, distribution and consumption.